Robyn Archer is often referred to as a national treasure.

She is a singer, performer, writer, artistic director and public advocate of the Arts.

She is known to many for her one-woman shows in the 1970s and 80s, by others for her original songs and recordings, and now by thousands more for her memorable arts festivals in Canberra, Melbourne, Adelaide and Tasmania. Among her proudest recent moments was when Indigenous colleagues in the arts referred to her publicly as ‘aunty’ – a genuine measure of respect and acknowledgment of experience and wisdom.

These days Robyn combines artistic direction with concert performance, strategic advice, mentoring younger artists and artistic directors, speaking and writing about the arts across Australia and the world. She is very much in demand.

But it began with the voice, and Robyn still talks about herself as a ‘singer’, both in the musical sense, but also in the ancient way as a ‘bringer of stories.

Robyn began singing at four years old in her great-grandparents’ hotel The British Hotel, in North Adelaide. Her Dad bought her a ukulele when she was 8, and a teach-yourself manual, but the strings hurt her fingers. Her first prizes were in visual arts. She picked up the uke again at 12 and quickly saw she could draw a crowd in the schoolyard with her version of Jailhouse Rock. Throughout high school she pursued all kinds of music, from pop to folk, winning the odd TV talent quest along the way, and at Adelaide University added revue, variety and jazz.

This eventually led to a colleague suggesting she take the role of Annie 1 in the Australian premiere of Brecht and Weill’s The Seven Deadly Sins, which opened the Space at the new Adelaide Festival Theatre. It was her first encounter with ‘the arts’, and when she played Jenny in the Threepenny Opera the following year, she met John Willett who invited her to London. Robyn’s first trip and gig outside Australia was on the stage of the Cottesloe Theatre at the Royal National Theatre. Among the cast were Jane Asher and Tom Wilkinson. As principal translator and editor of Brecht, John nurtured Robyn’s work in the field of German classic Cabaret and she eventually recorded two albums with the London Sinfonietta at Abbey Road and toured the UK and Europe with this and original repertoire.

Robyn subsequently researched the history of cabaret, creating shows based in 1880s Paris, and fin-de-siecle Vienna (Café Fledermaus, directed by Barrie Kosky, opened the Merlyn Theatre at the Malthouse in Melbourne). It was when she was performing the French show at the National Festival of Australian Theatre that the Canberra Theatre Trust asked if she would like to direct that festival. 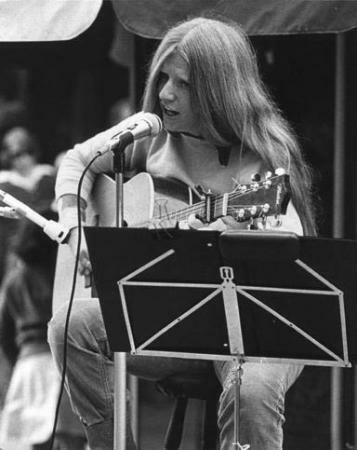 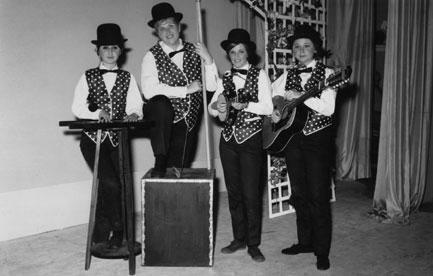 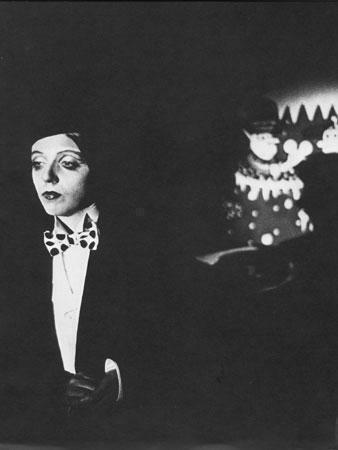 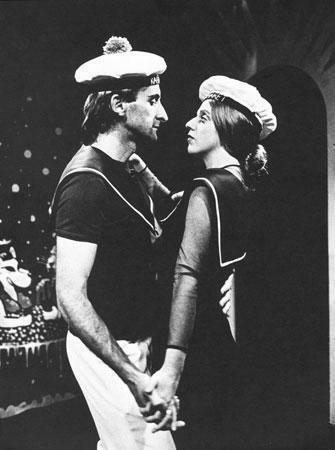 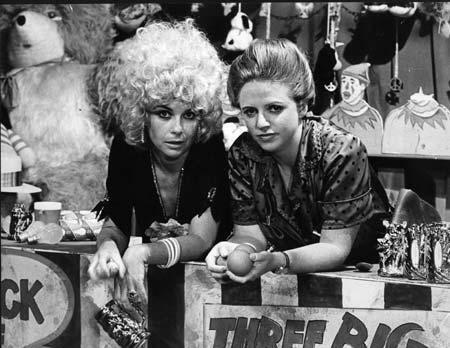 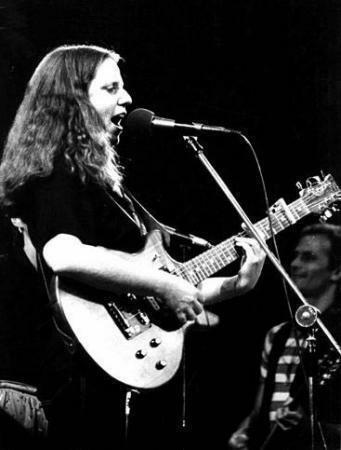 ‘Life-work balance’ has no meaning for Robyn whose life is her work.

Robyn often talks about never having anything like a five-year plan, with her career developing as a sequence of unexpected invitations. This, like the invitation to sing The Seven Deadly Sins (she had no formal music training), was the next in a series of unanticipated life-changing moments.

Her success in Canberra led to the Artistic Directorship of the Adelaide Festival (then the largest in the Southern hemisphere); that, in turn, led to the late Premier of Tasmania, Jim Bacon, inviting her to create a new international festival for the island state and Ten Days on the Island was born. An invitation to direct the Melbourne Festival quickly followed. In short, twenty years were eaten up by the ‘big gigs’, the most recent of which was the Centenary of Canberra celebrations throughout 2013 – a five-year role for Robyn, who has now begun work on the Gold Coast, as Strategic Advisor for arts and culture on the Gold Coast where the city is keen to accelerate the development of their cultural offer as they move towards the hosting of the Commonwealth Games in 2018.

As a singer, Robyn is enjoying performance even more than ever. Last year she won the prestigious Helpmann Award for Best Cabaret Performer of 2013. In 2014 she performs in Hobart, Port Fairy and Hong Kong, with a more extensive tour in the planning in 2015. Amongst her many roles is that of mentor to a number of young artists and directors in Australia, but also as part of the European festivals’ Association Atelier (already in Varna, Singapore, Izmir and Ljubljana) which is held in Poznan (Poland) this year.

‘Life-work balance’ has no meaning for Robyn whose life is her work. She loves to be by water: she lives on a beach and when home sleeps with the sound of the waves in her ears and loves the sunsets over the gulf waters, when in Canberra she stayed by the lake, and on the Gold Coast she awakes to dramatic dawns over the Pacific and hears it roaring at night. She finds birdlife wherever she goes. These glimpses of nature and the constancy of loved ones and friends are all the balance she needs in a life of frenetic pace. Robyn takes a keen interest in architecture, and this too allows those stolen moments of contemplation in the many cities she inhabits. She claims not to understand what boredom means. 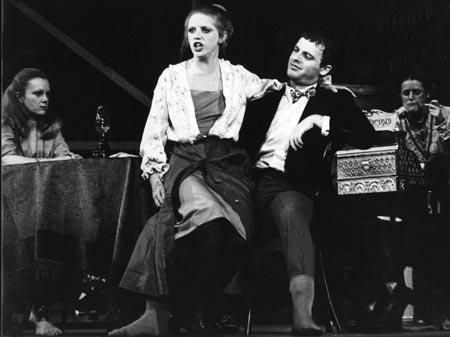 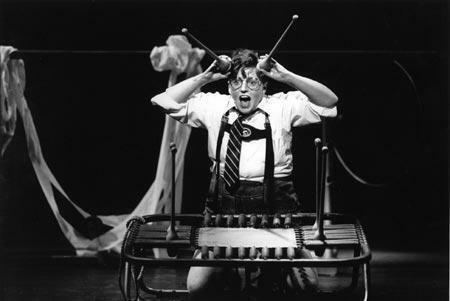 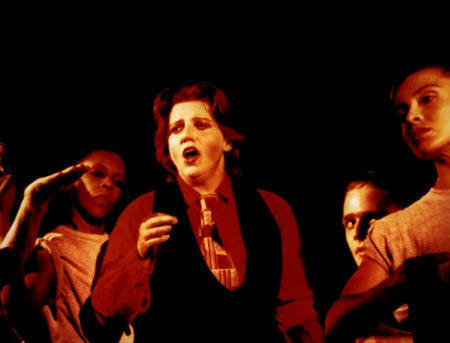 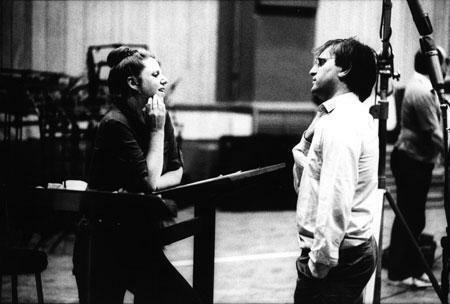 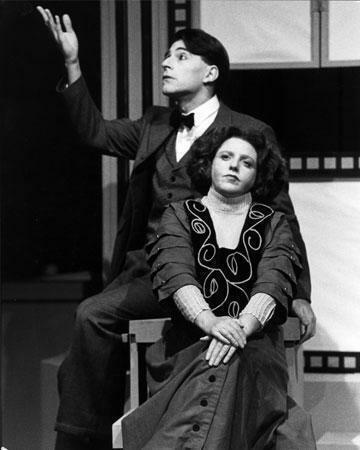 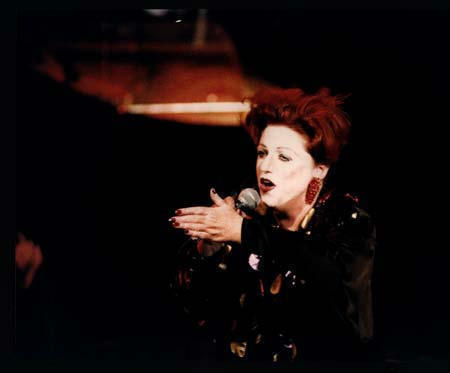 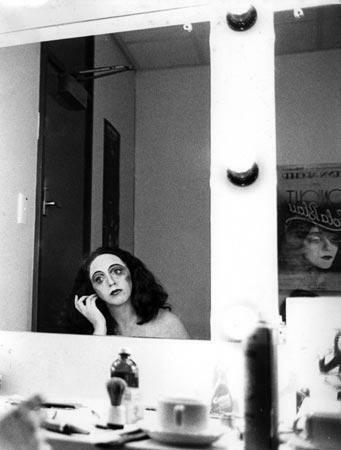